How the coronavirus has Exposed America’s Greatest Weaknesses 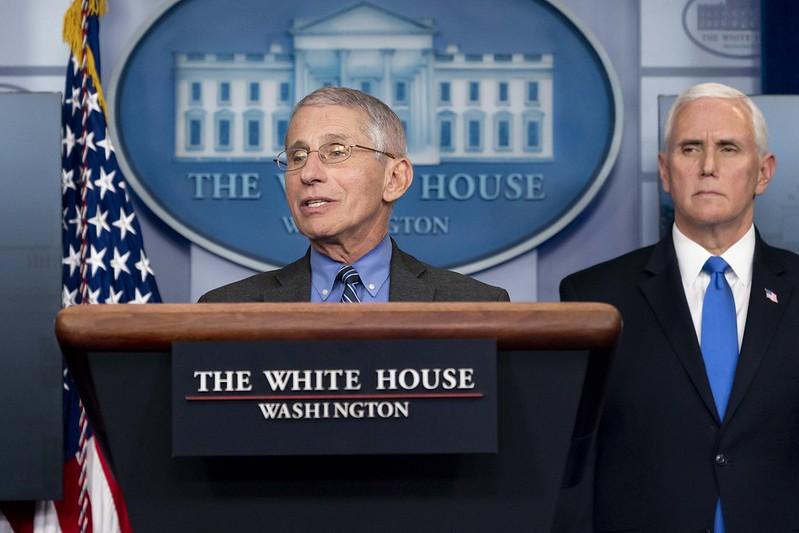 For many Americans, the last few months have felt as if they were straight out of a movie. Schools shut down in March,  restaurants closed, people were confined to their homes. The Sars-Cov-2 virus, otherwise known as the coronavirus, has swept through much of the world, leaving a path of devastation and pain. The US has been the hardest-hit country on the planet. As of June 15, 2020, over 118,000 people have died in the US from the coronavirus. Over 2 million Americans have been infected with the virus. Despite knowing about the virus in January, the US government and leaders prevented saving the lives of many of its own people from a painful demise, due to poor leadership and untruthfulness towards the American people.

Just 5 months ago, the future looked bright for the US. The country was in an economic boom. The stock market had reached all-time highs and unemployment was at an all-time low among minority groups (under 7 percent for African Americans). It wasn’t until early January that word of a new virus in China began to hit the papers. Originating in Wuhan China, the virus spread lightning fast. Combined with the celebrations of the Chinese New Year, the virus was able to infect new countries within days. On January 21st, 2020, the United States received its first coronavirus infection, a man in Washington State who had recently traveled to Wuhan. It wasn’t until March 1st that the United States government declared a nation-wide emergency.

Why was the US response to the virus so delayed? Some have argued that the Chinese government purposely hid information from the World Health Organization, and only revealed data from within the country on December 31st of 2019. After all, studies conducted and released by The South China Post proposed the possibility that a 55-year-old man may have been the first coronavirus patient. He reportedly contracted the virus on November 17th, a shocking 1 month, and 14 days before China alerted the global health organization. Combine this information with the fact that China is run by the Chinese Communist Party, and the fact that numerous doctors who tried to alert the rest of the world of the virus went missing, presents a compelling argument that the Chinese government may have very well censored and hid coronavirus information far before they revealed their first patient to the WHO. While some may argue that Chinese government censorship played a big part in the US’s late response and reaction to the virus, the US government still was aware of the virus months prior to declaring it a national emergency.

Let’s dive into a detailed recount of the US response and actions leading up to the declaration of a nation-wide emergency. On December 31st, 2019, China reported the first coronavirus case, describing patients as exhibiting pneumonia-like symptoms. In late January, the entire city of Wuhan entered a strict quarantine which wouldn’t be lifted until March 24th. The drastic measures China took in locking down Wuhan proved to be effective in curbing the coronavirus infectivity in Wuhan and the rest of China. China has reported just north of 68,000 cases in the Hubei Province and the number of daily infections of coronavirus was reduced significantly following the shutdown. For instance, for much of March when the US began reporting thousands of cases daily, China was reporting less than a hundred daily, proving that locking down the major cities was an effective way of slowing down the coronavirus spread. Despite proposing travel bans and screening on airports, the Trump administration failed to take the necessary steps to curb the spread of coronavirus. On February 9th, Trump proposed budget cuts for the World Health Organization. Weeks later, Trump finally allocated money from Congress to fight the coronavirus. By then, it was too late. Cases in the United States’ biggest states were exploding in places like New York, New Jersey, and California. Even in late February, Trump was still holding rallies for his campaign instead of fighting the virus with the American people. During a time when America needed someone to protect them, there wasn’t anyone answering their cries.

Nonetheless, it wasn’t just the president that was responsible for the coronavirus spread and deaths, but local governors and politicians as well. In New York the hardest hit area of the United States, while Americans were fighting the spread of coronavirus, Mayor Bill De Blasio and Governor Andrew Cuomo were displaying a lack of leadership and organization similar to how the Trump administration had. Because of the unpreparedness of the state, hospitals were soon overrun with coronavirus patients. In response, Governor Andrew Cuomo decided to send coronavirus patients to nursing homes where the most vulnerable people lived, the elderly. As of June 15th, almost 13,000 people in New York have died in Nursing Homes.

Ultimately, the overall lack of leadership of the United States leaders proved to be the difference between slowing the virus spread and losing the lives of tens of thousands of people.